Fairways and Greens – CBD on the Old Course, St Andrews 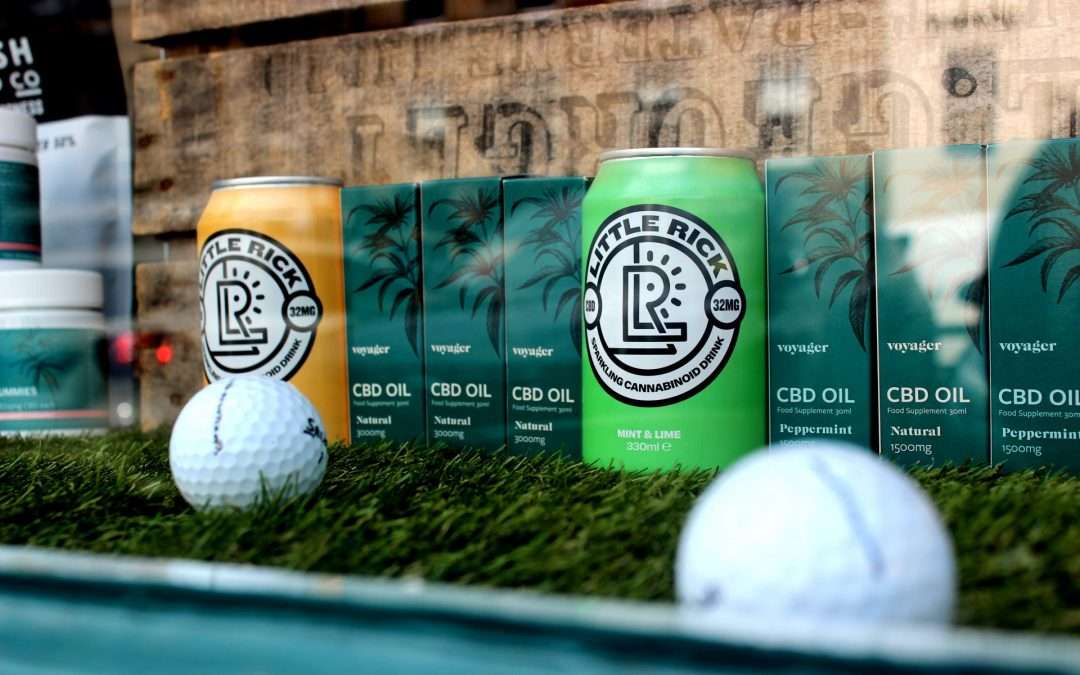 In October of 1860, eight pro golfers gathered on a course in Prestwick, Ayrshire to play a momentous game that would change the landscape of international sport forever. From its fairly modest beginnings (complete with a grand prize of a red Morrocan leather belt worth £25) to its rotating tour of coastal towns across Scotland and England, The Open Championship has thoroughly entrenched itself in sporting culture over the last 160 years. This year, on the week starting July 10th, a record-breaking 290,000 visitors are set to descend on historic St. Andrews to spectate players from all over the world vying for the championship title.

Though it may look like a casual walk with an occasional whack of a ball, golf is, without a doubt, a physically demanding sport. According to a study published in the European Journal of Sport Science, amateur golfers on average receive at least one significant injury per year that either impedes their ability to play or stops it altogether. For professional golfers, the consistency of injury is double that of amateurs with a prevalence of about 88 percent. Recurring issues that might spoil a good game include back pains, wrist and shoulder injuries, and the infamous “golfer’s elbow”. These ailments surface as a result of various factors including problems with technique and overuse during long hours of play but they can also be compounded by pre-existing conditions such as arthritis. In point of fact, physical trauma in golf is so endemic that around one-half of professional golfers have had to stop competing because of injury, and one-third of PGA players have suffered an injury to the lower back lasting over two weeks. All that combined with the general aches and pains of the game, it’s no wonder that enthusiasts and competitive golfers alike are turning to CBD products in a bid to support their athleticism and relieve the maladies associated with the sport. 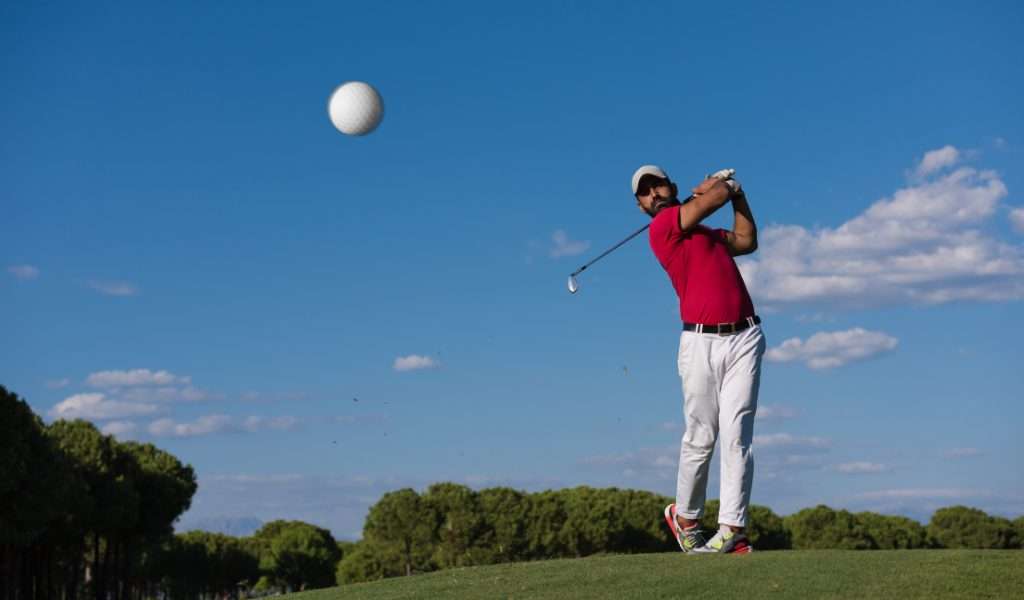 While THC remains prohibited in many competitive sporting circles, its cousin CBD has been given the green light by both the PGA Anti-Doping program and its global equivalent WADA. With its official recognition as a legitimate food supplement, CBD has been adopted by a host of professional contenders including:

Scott McCarron maintains that CBD oil helped him win the Charles Schwab Cup in 2019.
The 11-time PGA victor began taking cannabidiol before going to bed after a brand representative gifted some to him at a tournament. Using a device to monitor his sleeping patterns, McCarron said he noticed that his quality of sleep was better than it had been for the previous year.

“I was in the green every day, which I had never been before since I got the device.”

After experiencing positive results with CBD for sleep, McCarron began taking the supplement before competing, noting that it was having a calming effect on his nerves and a soothing effect on his muscles and joints.

“I saw that I was a little calmer on the golf course. I am the kind of guy that is running full bore all the time, your brain is always going on the course so those were the three benefits I noticed; better sleep, less sore, and calmer.”

Another golf champion proclaiming the benefits of CBD is Lucas Glover. Glover recently secured a victory at the 2021 John Deere Classic tournament and he claims his “strict CBD regimen” helped him on his way to the top.

“… [CBD] played a large role in helping me in my journey in returning to the winner’s circle. I’ve been grinding for the past 10 years… it’s allowed me to push myself physically and mentally to perform at my all-time best.”

Aside from his time on the course, Glover also notes the positive effects the supplement has had on his general quality of life.

“I’m sleeping better and I feel like my recovery is better. As far as my overall health, I feel great. I can tell the difference when I wake up in the morning and that’s a big part of it.
I’ve always had some nagging, aching pains. Anxiety is something I had also fought. That was the real draw for me.” 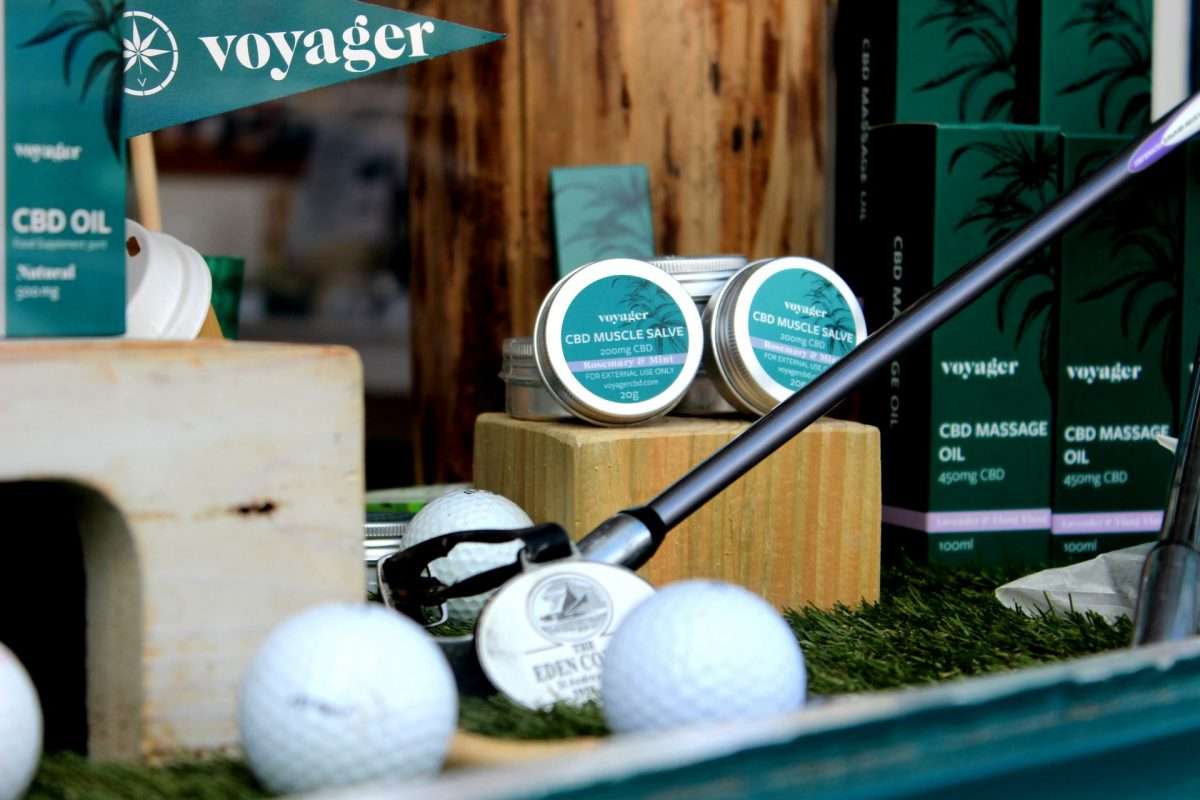 A Stone’s Throw from the Old Course:

To celebrate The Open Championship, Voyager is hosting a prize giveaway for a golf recovery kit containing our premium CBD-infused Cooling Cream, Muscle Salve, and Mints to supercharge your athletic efforts. These products have been hand-picked for their effectiveness in tackling recurring golfer’s ailments by utilising the powerful anti-inflammatory nature of CBD and are an absolute must-have for anyone hitting the links.

Simply make your way to our Voyager store on Market Street, St. Andrews, and post a selfie in front of our golf-themed window display on Instagram, then tag us @voyagercbd to enter the prize draw and be in with a chance of winning. While you’re there, take a step inside the store for a warm welcome and a wealth of information on how CBD can be incorporated into your wellness journey.