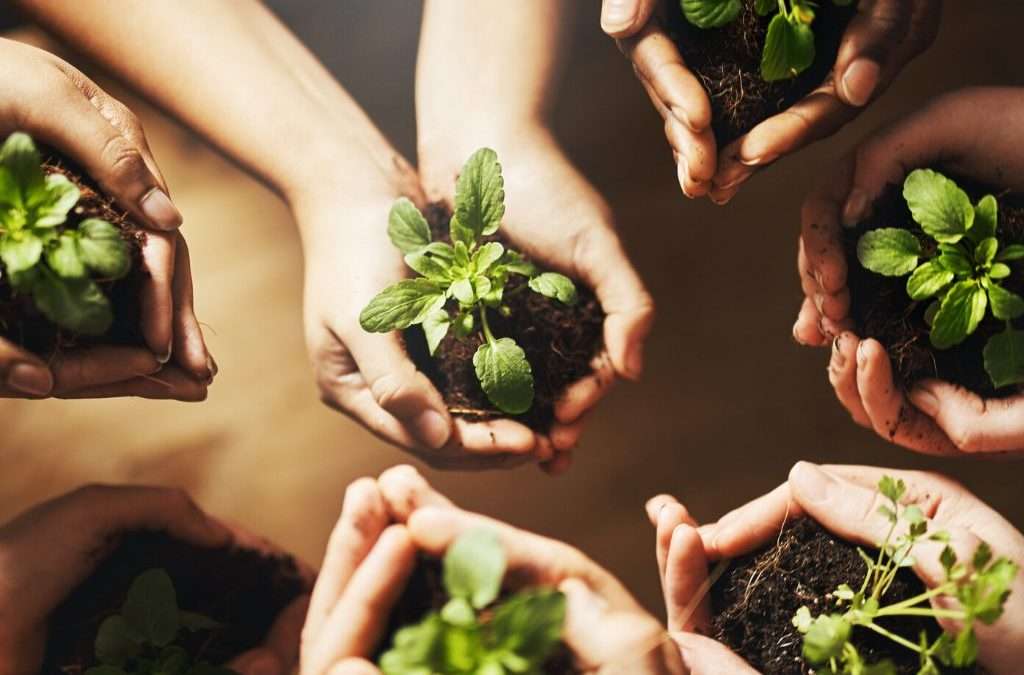 You’ve seen it all over the headlines; rising global carbon emissions, wildfires and flash floods, microplastic pollution and loss of natural habitats and species. There seems to be no shortage of discouraging developments in the modern world and it can certainly be easy to opt for apathy in the complicated times that we live in. However, today is Earth Day, a day for action and fresh resolve in the ongoing struggle against climate change and what some have labelled as nothing short of catastrophic ecocide.

At its heart, the question of our environment and the nature of our interactions with it has become something of a political hotbed; a polarising issue debated at the end of a pointed dessert spoon over tense family dinners across the world. With the push-back from those who deny there’s a problem and those who recognise the problem but reject any shared responsibility, there seems to be a disconnect in our desire as a species to see a green future and our ability to collectively obtain it. Though questioning the effectiveness of individual climate action is somewhat valid (especially without the active participation of governments, major industries and manufacturers) the point remains that no difficulty was ever overcome by simply giving up. With that in mind here are six simple ways you can personally contribute to a greener future this Earth Day.

1. Vote With Your Wallet

Let’s start with a hypothetical; you’re visiting your local supermarket for the purpose of buying some bananas. In front of you there are two options: a loose bunch of bananas and a bunch of bananas needlessly encased in plastic. Regular transactions opting for the bananas wrapped in plastic send a clear message to the supplier that there is demand for the product presented in this way and as a result they will continue to supply it, disposable plastic and all. However, the reverse of this is also true: if the plastic wrapped bananas consistently go unpurchased then the supplier will gradually cease to provide them as there would be no financial incentive to do so.

This concept can be applied to just about any product you care to imagine but it can also be applied to an entire company and their related practices. The bottom line is that if you don’t agree with something a company is doing  you can refuse to encourage those actions by withholding your custom. In addition, actively seeking to buy from companies and businesses that make sustainability a top priority will further encourage good practices and make them commonplace instead of exceptional.

Voyager has many reusable, sustainable products to choose from including our hemp range of reusable face cloths, reusable cleansing pads, and exfoliating mitt. We also have our range of bath products made locally and sustainably here in Scotland including the CBD Bath Salts and CBD Body Scrubs.

Before I’m accused of ruining any upcoming summer barbeque plans here’s something to consider; the industrial scale rearing of pigs, sheep, cows and other livestock for food accounts for approximately 57% of emissions from global food production which in turn accounts for a whopping one third of all global emissions. Quite a startling number when the recommended amount of protein in a meal is approximately one-fourth of a plate. The fact of the matter is that meat products have never been more available to the public than they are now. Where once meat was a luxury to be savoured (this is why the traditional Sunday Roast became such a big deal) it is now mass produced in overwhelming quantities of poor quality products which are dealing a double blow to our health and our planet.

By switching out just one or more meat based meals in your diet for something plant based and sustainable (and thereby purchasing less meat and reducing demand) you will be actively contributing to the shared effort of effecting change in an industry plagued by overproduction and overconsumption.

It can be safely argued that, historically speaking, owning and operating your own car has been perceived as a mark of success while inversely, using public transport tends to be viewed as lesser and, in some parts of the world, even shameful. This sentiment is pervasive in many world cultures despite the fact that around 30% of global carbon emissions are a result of vehicles running on fossil fuels. If the average driver were to consistently opt for public transport rather than using their own car as a go to mode of transport, the result would simply be fewer running engines on the road meaning fewer emissions overall. While marginally less convenient than travel by car, the mass adoption of public transport would not only result in a marked decrease in emissions but would also bolster the infrastructure and funding that public transport relies on. Put simply: why run one engine to transport one person when you can run one engine to transport sixty?

4. Take Part in a Cleanup

Isn’t it a shame when you take a trip out into nature only to be met with empty crisp packets and soft drink cans littering the otherwise scenic surroundings? While pollution caused by factory farms and fossil fuel vehicles tend to be less visible (due in part to their gaseous nature), the global problem with litter and single use disposable items can be seen in every city and town from LA to Beijing. Luckily the people responsible for organising Earth Day also endorse an initiative called The Great Global Cleanup in which tens of thousands of volunteers dedicate their time to cleaning up their local environments as a team. The best part is that if a clean-up project doesn’t exist in your area you can actually register one yourself which will in turn allow others to sign up. Costing nothing but the time of generous volunteers, this initiative makes a tangible improvement to the balance of our local environments and brings together like minded people to work towards a common goal.

What to do with the small mountain of plastic, glass, metal and cardboard packaging that’s slowly gathering by your kitchen sink? Of course you can send them off to be recycled and hopefully turned into something useful but if you have the time and inclination why not turn that waste into something beautiful, thought provoking or downright aesthetically pleasing yourself? Upcycling has seen a huge revival in recent years with amateur and professional artists and makers forgoing store bought materials in favour of using anything from milk cartons to old CD cases as their medium of choice. Many of these makeshift creations can even be sold for profit and appreciated for years to come when they would have otherwise taken up residence in a landfill or an incinerator to be added to emission statistics. Modern creators like Nerdforge and Studson Studio as well as the branch of creativity known as “found art” show that, when it comes to upcycling, your imagination is the only limit to what you can make.

Last but by no means least it’s always a good idea to contact your elected representatives to promote the ideals that you believe are important. Make your stance on climate issues known to those who are able to effect change on government policy and encourage others of a like mind to do the same. Write letters, attend town hall meetings, offer solutions to the problems you perceive in your local environment and ultimately participate in the shared effort both actively and vocally. Despite the enlightenment offered by the information age, many people are still in the dark when it comes to the necessity for environmental action and any effort to improve awareness is to the benefit of all.

These steps may at first seem futile in the face of the worlds news, after all you’re only one person. Perhaps upon reading this you’ll wonder why you should make any changes at all when so many others are not. Against that idea comes to mind an old Scots proverb of which many of us may be familiar: “many a mickle makes a muckle” or in other words “many small things make one big thing” and helping out a little when you can is always better than choosing not to help at all.