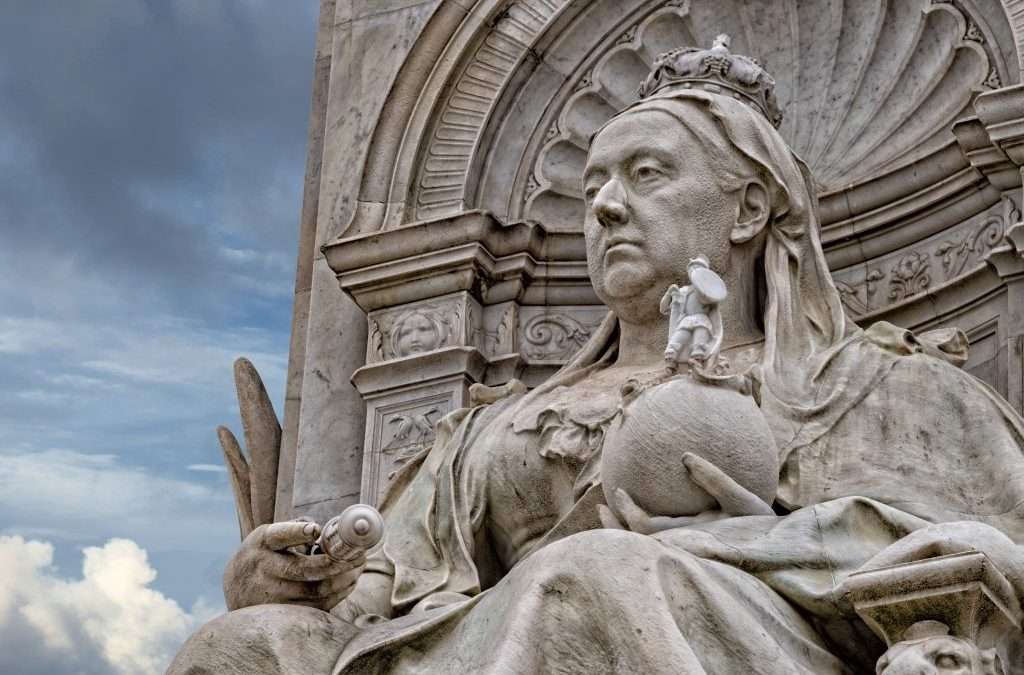 Although CBD only became legal in the UK in 2015, many of our ancestors used cannabis medically too. Some of our most celebrated and cherished historical figures used CBD and cannabis throughout their lives. Take a look at some of these cannabis fans from history and let us know if anyone surprises you.

One of the earliest reports of medicinal cannabis comes from an ancient Chinese legend, Emperor Shen-Nung, also referred to as ‘Father of Chinese Medicine’. He has been credited to have been the first person to allegedly experiment with the medical properties of cannabis. According to legend, the emperor referenced the plant, amongst other natural remedies in the book Pen T’sao (The Great Herbal).

The earliest copy of the book dates back to 50 AD thousands of years after Sheng Nung was believed to have reigned. However, much of Chinese Tradition was passed down and rewritten over generations so it is still likely and is believed that there were earlier versions of the book. We may never know when the history of Pen T’sao began, but it does describe many medical uses of cannabis. Amongst which are menstrual pain, gout, malaria, rheumatism and beriberi.

The longest reigning female pharaoh in Egyptian history, Hatshepsut was known to use cannabis medically. She took it ground with honey for menstrual cramps and is thought to have used it during childbirth. Shortly before Hatshepsut came to the throne, the Ebers Papyrus was written which detailed the use of cannabis for many medical conditions such as inflammation, depression, pain relief, gynecological issues, wounds and (again) childbirth. The Ebers Papyrus wasn’t the only ancient Egyptian Papyri that mentions medical cannabis! It is also mentioned in the Ramesseum III Papyrus 1700 BC, the Berlin Papyrus 1300 BC, and the Chester Beatty Medical Papyrus VI 1300 BC. Seemingly in 2000 BC ancient Egyptians would also use medical cannabis for hemorrhoid pain and to treat sore eyes.

Also known as St. Hildegard, Hildegard Von Bingen was a German Benedictine abbess, writer, composer, herbalist, and mystic. As well as having a mile long CV,  Hildegard was renowned for being a talented healer. She grew ‘cannabus’ in her garden and would prescribe it for nausea and stomach aches. In her book Physica, a classic work on health and healing, Hildegard wrote an entire chapter dedicated to the uses and the functions of cannabis for medicine. In the chapter she wrote:

“Hemp is warm and grows where the air is neither very hot nor very cold, just as nature is. Its seed is sound, and it is healthy for healthy people to eat it. It is openly gentle and useful in their stomach since it somewhat takes away mucus. It is able to be digested easily; it diminishes the bad humors and makes the good humors strong. […] Also, the cloth made from the hemp heals ulcers and weeping wounds because the heat in the hemp has been tempered.”

Hua Tuo was a Chinese physician and surgeon best known for his surgical operations and for creating mafeisan, an anesthetic combining wine with an herbal concoction. Mafeisan literally means ‘cannabis boiling powder’, considered to be the first anesthetic in the world. I bet his patients were thankful for that particular discovery!

Queen Victoria is often regarded as a symbol of prudishness, conservatism and the British stiff upper lip, but there’s a lot more to her than that. She’s one of the best known historical figures to feature in this list. Queen Vic may have been given cannabis as pain relief for relieving menstrual cramps. The man who allegedly prescribed this cure was also her source of cannabis, her private doctor Sir J. Russell Reynolds. It looks like he was a big advocate of medical cannabis, writing in 1890 that:

“when pure and administered carefully, [cannabis] is one of the most valuable medicines we possess.”

Unexpected, right? We are amused. But before you get an image of one of Britain’s most stoic queens lighting a joint, you should know that if Reynolds did indeed give the Queen cannabis, it was in a tincture. Cannabis in this liquid form was the most common way of administering it at the time. We still use tinctures now, and it’s still a really popular way of taking CBD – check out our CBD tinctures here! We can’t say for sure if cannabis helped Queen Victoria but we hope they helped her feel better.

So there you have it! 5 historical figures who used cannabis. It goes without saying, but our knowledge about cannabis has progressed a great deal in the last few decades. We now know all about the different cannabinoids. Along with scientific discoveries, our attitudes towards cannabis have also undergone changes.

If you’ve been inspired by history, why not try CBD? While it remains true that discoveries made about cannabis have led it to be heavily regulated, all of Voyager’s products are made with CBD isolate. CBD isolate is safe and legal in the UK, making it ideal for adding some botanical cannabis wellness to your daily routine. If you’re a beginner why not start with our classic 500 mg CBD oil. It’s easy to take and available in three flavours! If you’re not into oral treatments, why not sit back and relax in a CBD bath with our divinely scented CBD bath blocks? They make the perfect self-care treat, combining CBD with more richly nourishing skin care ingredients.

We’ve got CBD for everyone at Voyager. Take a look at our shop today and find your next favourite wellness product!