Will the Tokyo Olympics change the place of CBD in sport forever? 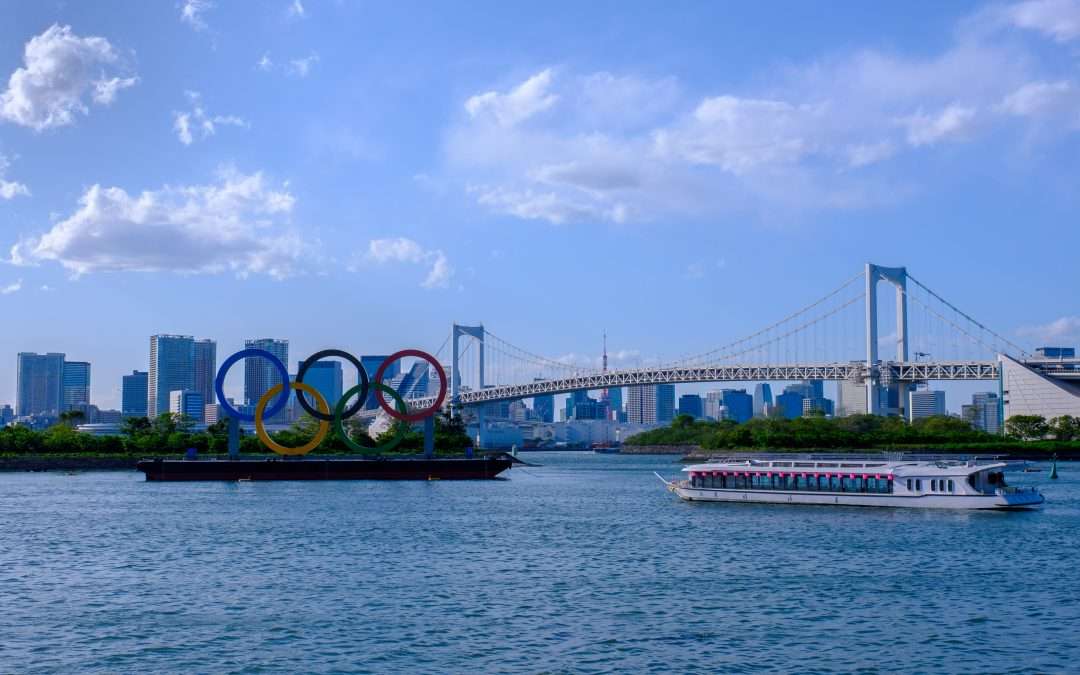 These days, one of the key potential benefits that CBD can boast is that it can help on the sports field. For the first time, the athletes choosing CBD for sport will include the Tokyo 2020 Olympians. The potential of CBD as an anti-inflammatory to aid muscle recovery makes it a popular choice for sportsmen and women both on and off the pitch.

But it wasn’t always this way. Until as recently as a few years ago, if you took CBD at major sports events you could face disqualification. So how did we get here?

The Discovery of Cannabinoids

The cultivation of hemp is a practise that dates back into ancient history. Hemp has long been used for a number of things throughout human history. Cannabis is one of the first plants to have been used as a medicine, for religious ceremonies and recreationally, the first accounts of its use for these purposes stretch back 5000 years. The Greeks and Romans sought out the medicinal therapeutic properties of hemp, while in Europe, hemp fibre became an essential material. You can read more about the long interesting history of hemp in our blog post on the history of hemp.

Cannabinoids, the chemical compounds in hemp, weren’t found until much later. Robert Sidney Cahn, a British Chemist, discovered the presence of individual cannabinoids in the 1940s – recently if you take into consideration thousands of years that we’ve known about and used hemp! Pharmacologists first started to experiment with individual cannabinoids from there during the 40s and 50s.

In the US, a chemist named Roger Adams successfully identified and isolated CBD. THC, CBD’s psychoactive cousin, was also discovered around this time. It wasn’t until over a decade later, however, that scientists began to learn more about the mind altering effects of THC. Even though CBD lacks these properties altogether, at the time CBD was also thought to be mind altering.

Despite this, research continued in the 70s and 80s, and it was suggested after a scientific study that CBD could be beneficial for people with epilepsy in preventing seizures. It was becoming apparent that the Greeks and Romans who turned to hemp for ancient medicines were onto something!

The discovery of the Endocannabinoid System

We now know that the Endocannabinoid System (ECS) is essential to how CBD (and other cannabinoids) function in the body. Until 1988 though, no one knew about it. It was discovered by American scientists Allyn Howlett and William Devane in a government-funded study at the St. Louis University School of Medicine. Howlett and Devane discovered that the mammalian brain has receptor sites that respond to compounds found in cannabis. In fact, these receptors have turned out to be the most abundant type of neurotransmitter in the brain!

While this was a revelatory discovery, at the time cannabis was classed as a narcotic. It significantly slowed research. The psychoactive properties of THC had meant that all the cannabinoids in cannabis, including CBD, was all considered dangerous for mind altering effects.

Thankfully, research continued. Scientists began to better understand the cannabinoids, and the distinctions between them. Human and animal studies began to make it clear that the human body reacted differently to CBD compared to THC. As such, interest in CBD grew and its legal status began to change. In the UK, the real hype over CBD started slowly compared to in the US. For us Brits, we didn’t seem to truly embrace CBD until the last decade or so, partly due to an uptick in media coverage on the potential of CBD.

The World Anti-Doping Agency (WADA) was founded in 1999 to help coordinate a global effort to stop doping in sports. The World Anti-Doping Code followed in 2004 as a key document to make clear the WADA policies, regulations, and rules within sport organizations and among public authorities around the world. Cannabis was banned, and, controversially, CBD went along with it.

Even though CBD has great potential as a natural therapy for strains and sprains sustained in sports, if a sports person was found to take CBD they could risk disqualification. The studies concerning CBD and sport are limited, but the work done so far does suggest a positive correlation. All thanks to CBD interacting with ECS, the anti-inflammatory properties of CBD and vital antioxidants can be beneficial for pain management, stress relief, and sleep.

In 2017, the WADA removed CBD from their list of banned substances. What has this meant for CBD and sport so far? The Tokyo Olympics will be the first to allow athletes to compete and take CBD. This is a development that many athletes have embraced. Megan Rapinoe, a sports icon, has openly discussed that she uses CBD.

The biggest obstacle that CBD in sports faces now is making sure that athletes can get CBD from a reputable, reliable source. In the UK, some CBD brands have been known to contain less CBD than disclosed on their labels, and others contain more THC than the legal limit. This is something that is changing with new regulations having just come into effect in April. The future looks bright for CBD in sport!

As athletes worldwide add CBD to their packing list for Tokyo, we have to wonder what this might mean for CBD and sport in the long term. For amateur athletes on the fence about whether or not to add CBD to their gym bag, the Tokyo Olympics could help them make up their minds once and for all. At Voyager, we wish all the athletes the best!

The best thing about using CBD to help you feel great after exercise is that it’s so versatile. If you struggle with sore, strained muscles and want to target specific areas, then we can think of no better solution than Voyager Rosemary and Mint Muscle Salve. It penetrates the affected area and provides localised, targeted relief.

If you find yourself aching all over, we suggest Voyager Life Bath Blocks. In two divine fragrance combinations, our bath blocks fizz away in warm water so you can sit back and relax, letting your mind drift as the CBD helps your muscles relax.

Maybe you want CBD to help you with sport, but you’re also looking to boost your overall wellness? CBD oils come in a variety of strengths and are taken orally. Adding CBD to your daily routine can potentially help with a number of things, it can boost mental health, aid with sleep, and ease pain. CBD oil can help you live up to your best on and off the pitch, course, court, in and out of the pool, when you’re active and when you’re chilling. Plus, at Voyager we have three flavours to choose from to help you make your CBD experience unique to you.

CBD and sport may have a history of bans and misunderstandings, but we can’t wait to see what the athletes at Tokyo this summer make of it!